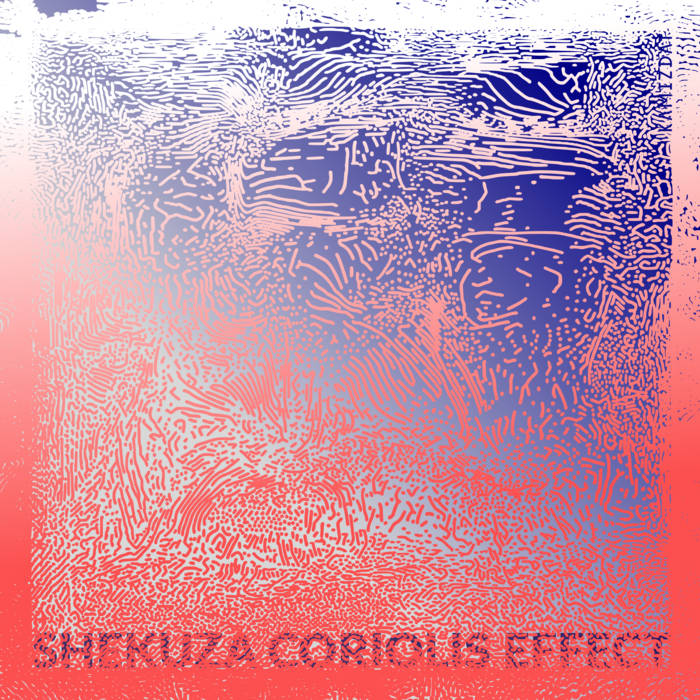 Following his captivating debut full-length De Sica, one of the most ambitious regional electronic albums of 2019, the Slovenian synth wizard, composer, keyboardist and DJ returns with Coriolis Effect, a tour de force in daring, innovative and multi-layered modular synthesis, or rather a slap in the face of those saying all modular techno sounds the same.

Shekuza doesn’t shy away from flexing the muscles of his module army. Contrarily, it seems like the powers of his studio are exploited to the full. But despite the elaborate arrangements and mind-altering sound design, blending elements from contemporary breakneck techno, hyperkinetic electro, rolling dubstep and fictional darkstep, his tracks are all about the funk. It sometimes feels like your body is being radiated by a brain-squishing sound beam that absorbs you in a vortex of polyrhythms and auditory spectres. The production is defined by crystalline textures and mischievous syncopated rhythms, giving you a hard time to wrap your mind around what you hear. And though they might sound knotty, his spiraling grooves, full of singular percussive details, are definite party material.

Coriolis Effect is a breaky peak-time techno roller with an eccentric groove and psychedelic melodic flourishes that will make you sweat on the floor. On the meditative Sand Mantis, a nod to the Ilian sound, the dubby sub frequencies are complemented with tribal modular percussion and transfixed by ghostly vocal chops emanating from your subconscious. With its Mentasm stabs running at 170 bpm, Color of Ice roars like some deconstructed neurofunk from a parallel universe. Shekuza also delivers one of the most beautiful love letters to a tooth doctor. My Dentist sounds like the electro track you imagine when sitting in your dentist's chair with your mouth under siege, but because of its airy saturated pads actually way more pleasant. Don’t relax too much, though, as the closing Some Spatter Left with its warped rhythmic pulses running along one another, growling synth feedbacks and razor-sharp machine shrieks will catapult you directly in the mouth of the dancefloor beast.

Mindfully sequenced and aesthetically diverse, Coriolis Effect is best consumed in a single listen. It’s not an overstatement if we say both Blawan and Peder Mannerfelt will be glad to discover this shining example of cutting-edge modular sonic explorations. Two decades after Umek and Random Logic, Shekuza is almost single-handedly taking Slovenian techno into the future.

--- by Jaša Bužinel, a historian of the regional electronic scene, radio host at Radio Študent and co-founder of Cosmic Sex collective

Bandcamp Daily  your guide to the world of Bandcamp